Ten Things You Should Know About Hazelnuts

Ten Things You Should Know About Hazelnuts 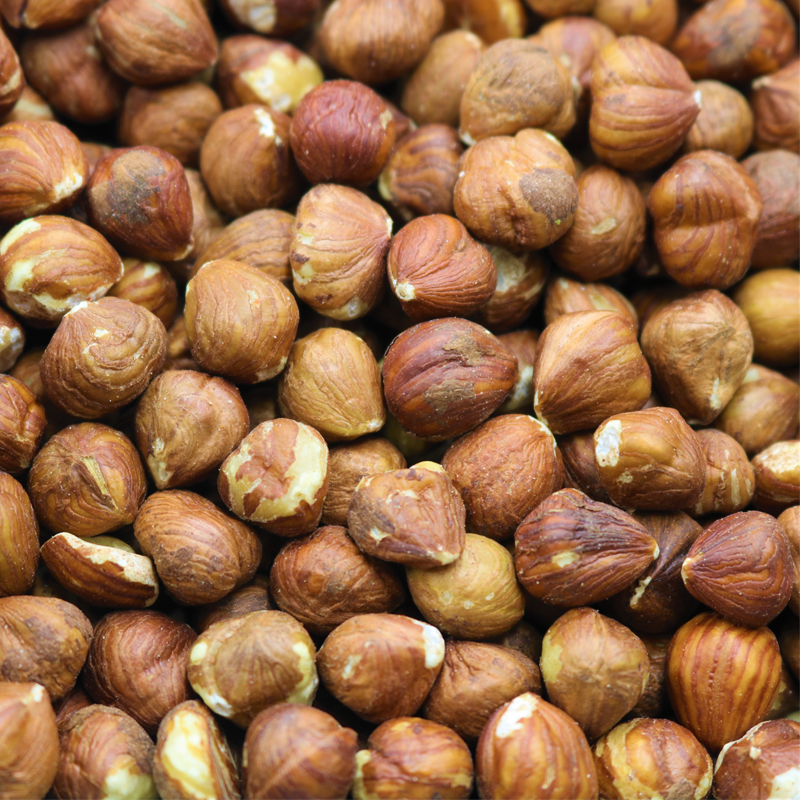 Hazelnuts were one of the first foods picked in Britain. And we now know that those early humans could not have made healthier start. Twenty first century research shows that eating hazelnuts as with other nuts daily can cut our risk of dying early by a fifth. Just 20gms a day (that would be around 30 hazelnuts) can reduce the chance of developing heart disease by 29 per cent, respiratory disease by over a half, diabetes by more than a third, cancer by 15 per cent and stroke by 7 per cent.

A small handful of hazelnuts (that's around 10gms or 16 nuts) will give you 1.3gms of protein, 1.1 grams of fibre and a substantial boost of the anti-oxidant Vitamin E which protects cells membranes and maintains healthy skin and eyes. Those nuts are rich in good monounsaturated and polyunsaturated fats especially oleic acid, the one found in olive oil. Then there are the minerals. Magnesium and calcium are both important for bone structure. Potassium is one of the electrolytes that helps keep the nervous system in order.

They are a noted source of a whole range of B Vitamins including, unusually for nuts, folate which is essential for red blood cell production. They have B1 (thiamine) and B3 (Niacin) both of which help release energy from food and keeps the nervous system healthy. B2 (Riboflavin) has a role in the health of the skin and eyes. B6 helps to form haemoglobin, the substance that carries oxygen in the blood.

The world's annual hazelnut harvest is now approaching a million tons. Three quarters of it is grown in Turkey where as many as four million people are economically dependent on the crop. But disastrous frosts there in 2013 and 2014 ruined the harvest and sent world prices soaring. As a result, growers in Azerbaijan and Georgia are expanding their orchards. Italy and Spain are also producers. In the US production is almost entirely based in Oregon where the annual crop is worth $70 million and which has declared the hazelnut its official State Nut.

The hazel was once regarded as a magical tree and a hazel rod was seen as protection against evil spirits. In parts of England nuts were carried as charms. A forked hazel branch is still regarded as the best choice for water divining. In Irish mythology the Salmon of Knowledge received all its understanding from eating nine hazelnuts that had fallen from an overhanging tree. When a young servant boy tasted the salmon while it was cooking he was imbued with wisdom and as a consequence became the legendary warrior and leader Phil McCool.

While the hazel is a native British tree there are at least 16 varieties around the world including filberts and cobnuts. Traditionally the wood has been used to make wattle for walls in buildings as well as in fencing, baskets and the frames of coracle boats. In plantations trees can produce nuts four years after planting and continue for up to 80 years. The autumn harvest is undertaken by simply allowing the nuts to fall to the ground and then collecting them up with machinery.

A quarter of all the hazelnuts grown in the world go to Ferrero, the Italian based giant that produces Nutella spread and Ferrero Rocher chocolates amongst a range of international best sellers. The company produces 11 million jars of Nutella a year with up to 97 nuts in each. It has now bought one of the largest nut supply companies in a bid to take more control of the market. It all began in 1946 when confectioner Petro Ferrero, faced with wartime rationing, decided that mixing hazelnuts into chocolate might make it go further.

In his famous Complete Herbal, first published in 1653, Nicholas Culpeper says "hazel nuts are so well known to everybody they need no description". He says that if the nuts are soaked in mead or honeyed water the result is very good to help an old cough. The ancient Greek physician Dioscorides also recommended crushed hazelnuts and honey for coughs. His other nut tip was to mash up burned shells, mix them with suet and rub the mixture into the head to cure baldness.

When it comes to cooking, hazelnuts crop up in thousands of recipes for cakes, cookies and biscuits. But they seem to slot in anywhere. As a coating on fish (salmon and halibut for example), pork and even fried brie. They can be cooked with vegetables including carrots, beans and cauliflower; slotted into salads and coleslaws and included in risottos and pasta dishes. It is also possible to drink hazelnuts in liqueurs the best known of which is Frangelico said to have been created by a Friar, in the Italian alps.

To roast or not to roast? There are some, and they include the Oregon hazelnut industry, who say that roasting enhances the flavour. To follow the US roasting guide simply pop the nuts on a baking tray into the oven at 130 degrees celsius for 15-20 minutes. When you take them out wrap them in a cloth for 10 minutes and shake them to remove the skins. The result is truly delicious.

Discover our range of hazelnuts here