Ten things you should know about Goji Berries

Ten things you should know about Goji Berries 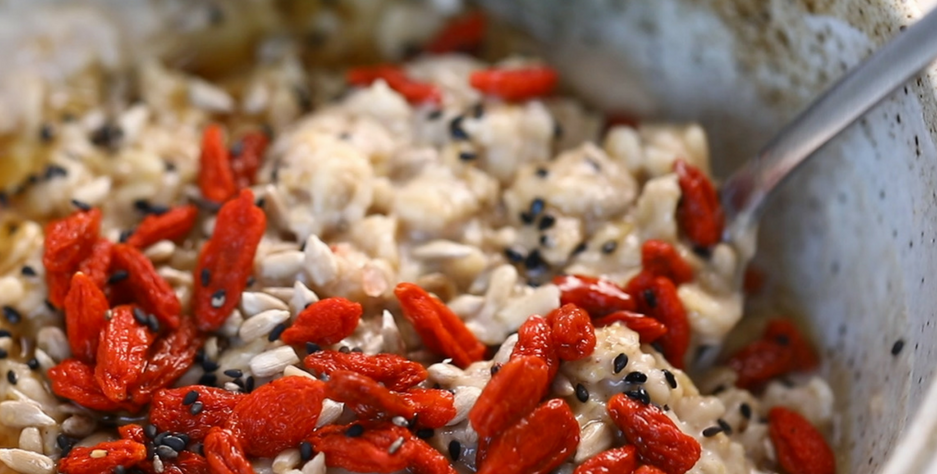 Goji berries are the fruit of a woody shrub in the nightshade family that also includes the potato, tomato and tobacco. When the bright red fruits form from purple flowers they are shaped like elongated grapes and are prone to damage. So they are shaken from the bush into trays to be placed in the drying process. Gojis are also known as wolfberries and in the UK the bush has been called the Duke of Argyll’s tea tree because it was introduced here by the aristocrat in the 1730s.

Grown in China and Tibet for thousands of years the berries have been used in soups, stews and teas and became a key part of traditional medicine. They have been used for the treatment of eye, liver and kidney ailments as well as high blood pressure, diabetes and fatigue. China still dominates world production with a total crop said to be approaching 100,000 tons gathered from over 200,000 acres of plantations. US farmers are experimenting with the crop.

Ever since Goji berries became adopted as a Western super food at the turn of the century questioning has continued into just how the Eastern beliefs about the power of the berries would stand up to scientific investigation. The NHS has examined research reports on the impact of goji consumption on cardiovascular disease, life expectancy, well being, brain activity, digestion and cancer. It has decided that so far the research has been on too small a scale or has used such highly purified and concentrated berry extracts that the results are inconclusive.

But while research continues there is no disputing the fact that a goji berry contains an impressive array of nutrients. Like other berries the goji fruit is highly rated for anti-oxidants that inhibit free radicals, the by-products of metabolism that threaten the cells in the body. Gojis antioxidants include complex carbohydrates called polysaccharides. The four unique to gojis are called Lycium Barbarum polysaccharides after the Latin name for the shrub. Scientists are still working to understand the full importance of their role in our health.

More goji antioxidant power comes from Vitamin A which helps the immune system work, vision and keeping skin healthy. There are also large quantities of Vitamin C which is necessary for the maintenance of connective tissue and helps wounds heal. The berries also have Vitamin B2 which plays a part in keeping the skin, eyes and nervous system healthy, as well as potassium, iron, selenium and calcium.

But a daily serving of gojis (that’s around 2oz or 56gs) also contains 7gs of fibre. Most of us eat little more than half of the 30g of fibre recommended. Yet it can help prevent heart disease, diabetes, weight gain and even some cancers. Also in the red berry is zeaxanthin that has been linked with the control of age-related macular degeneration which can lead to vision loss in older individuals.

Chinese beliefs about the life enhancing properties of gojis are inked to the story of Li Ching-Yeun who, it is claimed, was born in 1677 and lived until 1933 – that’s 256 years – as a result of eating a bowl of goji soup every day. Since no definite record of his birth exists it seems the story of Li’s longevity is one of the earliest known examples of fake news. Interviewed before his death he revealed his secret of a long life as “Keep a quiet heart, sit like a tortoise, walk sprightly like a pigeon and sleep like a dog.”

If you weary of just eating gojis out of the pack then they are great in trail mixes, energy bars, with breakfast cereals and smoothies. But they can act as a raisin replacement in just about any recipe. Try muffins and scones to begin with. But you will soon move on to salads, cupcakes, soups and ice creams. Then there’s goji tea. Just add a handful of berries to a large glass of hot or cold water for five or ten minutes. Then you can enjoy the tea while nibbling on the hydrated berries. And at the end of the day try a goji berry vodka martini.

In 2007 the EU came close to suspending the sale of goji berries on the basis that not enough was known about their safety as a food. It relented after being convinced by suppliers that the fruit had been on sale in Europe for more than ten years and could be regarded as safe. But anyone taking the drug warfarin, used to prevent blood clotting, or taking blood pressure or diabetes linked medications should not eat goji berries without first consulting their doctor or pharmacist.

You can grow your own goji berries. They are fully hardy and will survive in a container if they get regular feeding. Plants are available for around a fiver each. But it is best to train each one against a wall or fence and you cannot pick the berries by hand because they go black if touched. So you have to shake them off onto a sheet while wearing gloves because of the spines. And you will not be able to pick fruit for the first two or three years. Better pop down to Grape Tree then.