Ten things you should know about Quinoa

Ten things you should know about Quinoa 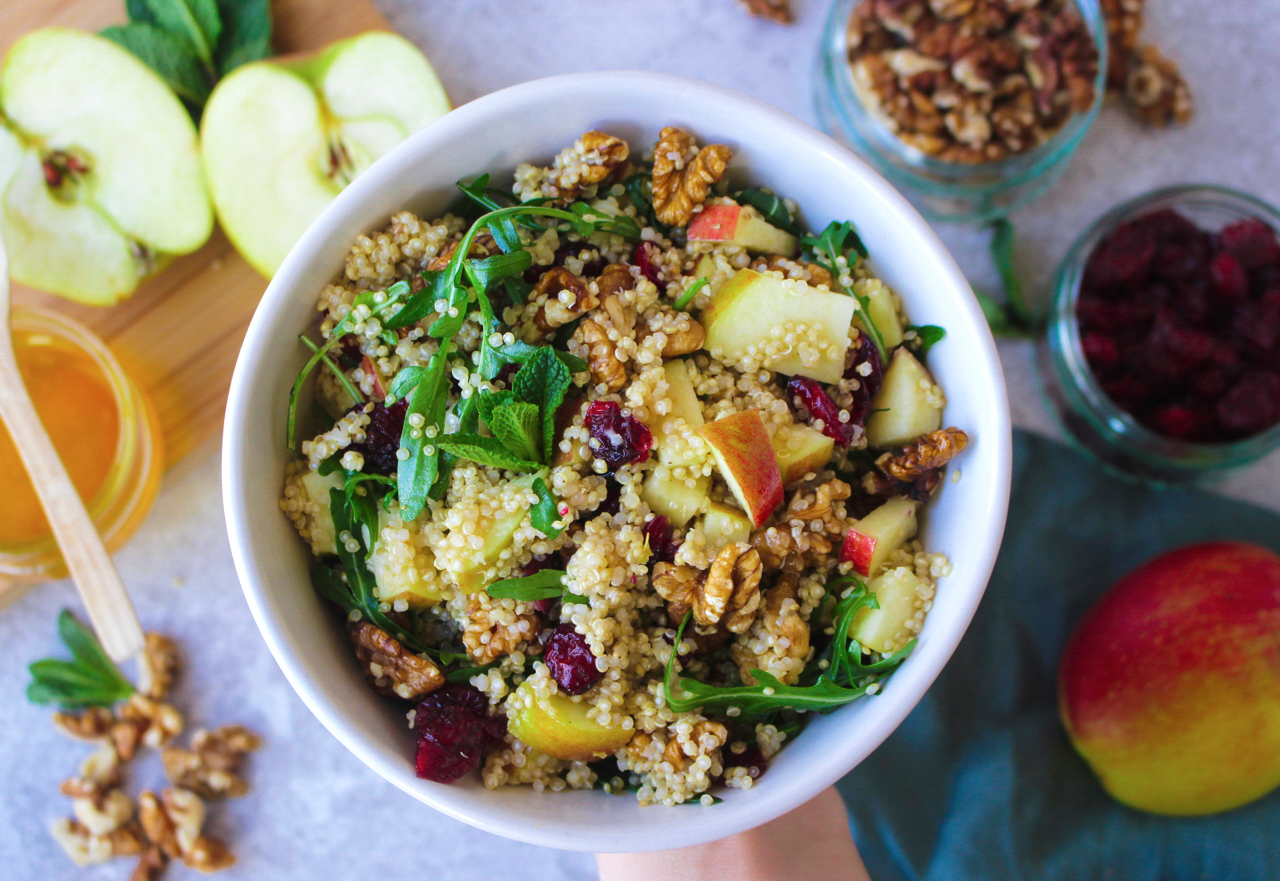 The first question you ask when you discover quinoa is …how do you pronounce it? Well the word derives from an Andean language called Quechua. In that original the word is kinua or kinoa and pronounced kee-no-ah. But what we have, quinoa, is the Spanish version of this. In South America, apparently, quinoa is still widely pronounced kee-no-wah. Elsewhere it is possible to find at least eight pronunciations but the generally accepted version is keen-wah. Clear now?

However you say it quinoa is an annual South American plant related to spinach that has been grown by the people of the Andes for thousands of years. It stands up to six feet tall and its greenish flowers produce seeds that became a staple food of the Incas. Spanish invaders attempted to stamp out the growing of “the mother of grains” because of its links with non-Christian beliefs but production survived at higher altitudes and there are now over a hundred different varieties producing seed that is either red, white or black.

It took until the end of the 20th century for the rest of the world to realise the extraordinary qualities of the crop and to recognise is as a wholegrain because nutritionally it so closely resembles other grains. In the chief growing nations of Peru, Bolivia and Ecuador production has rocketed from just over 30,000 tonnes in the 1960s to a figure now near 200,000 tonnes. Between 2006 and 2013 prices tripled. Fears that local peoples would be priced out of an important staple food appear not to have materialised.

The great quinoa quake of demand has been driven by a gluten free nutritional profile that is rich in protein, fibre and minerals plus important B Vitamins. Critically the protein in quinoa contains all nine of the essential amino acids that the body cannot manufacture and must be consumed in the food we eat. Most protein rich foods miss out on at least one or two of them. Research shows that eating whole grains over a 25 year period is linked with cutting the risk of dying from heart disease by 15 per cent and dying from any cause by 9 per cent.

A cup of quinoa (185g) cooked contains over 8g of protein, 40g of carbohydrates and 5g of fibre (about a sixth of our daily requirement in each case). Those B Vitamins are crucial for break downing and releasing energy from foods and in addition B1 helps keep the nervous system healthy, B2 (riboflavin) is important for the skin and eyes, B6 and folate (also called folic acid) are crucial for maintaining blood health. The minerals in that cup are manganese, phosphorous, copper, magnesium and zinc.

While production of quinoa is still focused on South America crops are now grown in the US, France, Germany, Spain and England. The British Quinoa Company is based on a family farm in Shropshire. Production began after Stephen Jones read about quinoa, tried some and decided to grow it. The first full crop in 2013 amounted to just 20 tonnes but output for the award-winning company has now soared to over 700 tonnes and bags of it can be found on the shelves of your Grape Tree store along with a dozen other quinoa products.

Quinoa is cooked in 10 minutes or so. A cup full rinsed in running cold water and placed in a pan with one and a half cups of water is simply brought to the boil and then, with the heat turned down, allowed to simmer until all the water is absorbed in 10-15 minutes. The choices of when and how to eat it range from mixing it with oats for porridge, eating it cold in salad, putting it in stews or use it instead of rice in curries.

There are currently over a dozen books on the market dedicated to cooking with quinoa. Among celebrity chefs Jamie Oliver is a leading fan. “Quinoa is a brilliant, tasty grain” he says “dress simply while still hot with lime or lemon juice, extra virgin olive oil and a little sea salt and black pepper and you have the foundations for a delicious meal. Nutty and fluffy it’s a great alternative to rice, served with chicken or fish or livened up with simple, fresh ingredients to make a satisfying salad.”

Last year scientists decoded the genome of quinoa and believe that this will lead to changes to two of its basic characteristics. At present seeds are coated with a natural insect repellent which has a bitter taste when eaten. This has to be removed during the harvesting and processing stages. New varieties may be developed without the covering. In the fields the towering plants are susceptible to collapse and damage in winds and rain. Shorter varieties could dramatically increase yields.

In 2013 the United Nations declared the International Year of Quinoa in order to focus attention on the importance and prospects of the crop. With the development of new varieties experts believe that quinoa has the potential to grow in a vast range of environments across the globe including areas not currently used for food. In this way it could begin to rival the output of traditional grains and make a major contribution to feeding the world.