Ten things you should know about Apricots

Ten things you should know about Apricots 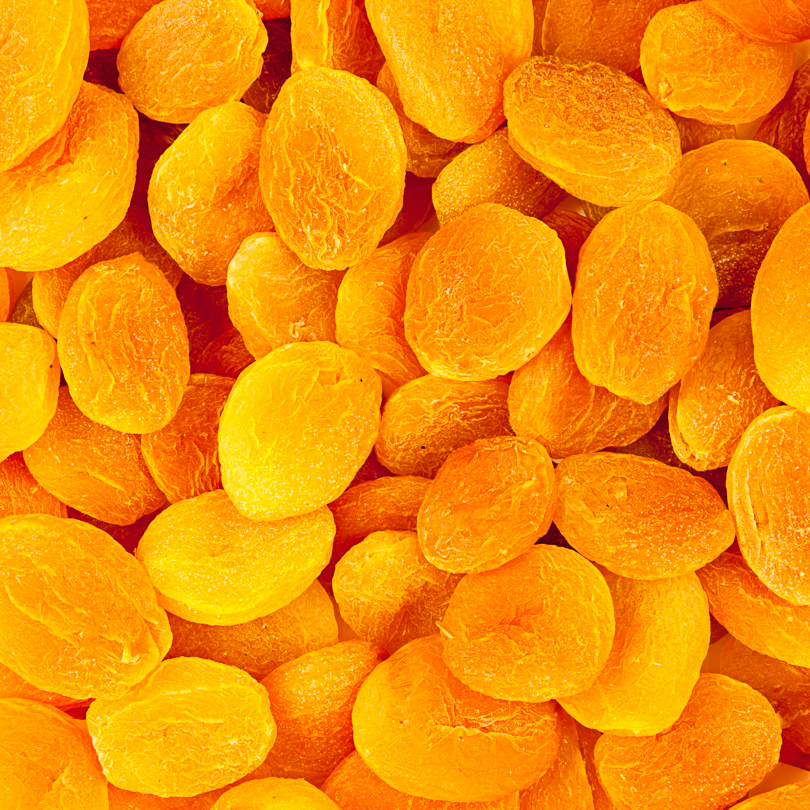 Apricots are a fruit with a ton of health benefits and which have been growing in popularity since… well.. No-one is really sure. One thing we do know? Apricots have a fascinating history from their richness in vitamins and minerals to being mistaken as an aphrodisiac in the times of William Shakespeare.

1. The origins of apricots are lost in time

Apricots have been a valued food for so long that just where and when they were first domesticated are facts lost in time.

The scientific name Prunus Armeniaca links them to Armenia where they have certainly been grown for centuries and where fifty varieties are produced today. They were also a major crop in ancient Persia (modern Iran) and while some authorities insist their cultivation history begins in India as long ago as 3000 BC others argue it all began in China.

2. Apricots are a recommended health food

Obviously dried apricots count as one of your five a day. The recommended portion is 30gms (3 or 4 apricots).

All dried fruit contains the same nutritional qualities as the original fresh fruit. In fact, weight for weight the dried form contains more of the antioxidants, minerals and fibre than the raw original. So dried apricots are recommended, including by the NHS for their health benefits which include important levels of Vitamins A and C, fibre and minerals.

3. Apricots are a great source of fibre

Apricots are a great source of fibre the element in our diet which most of us neglect yet which can help prevent heart disease, diabetes, weight gain and some cancers.

Three whole dried apricots contain 5gms of fibre which is around 20 per cent of your daily fibre requirement. Usefully the apricot fibre is shared half and half between the soluble and insoluble types.

As well as aiding the digestive system, insoluble fibre is linked with reducing bowel cancer risk. Soluble fibre combines with cholesterol, prevents it being absorbed and carries it out of the body.

4. Apricots contain carotene - a form of vitamin A

Vitamin A is essential for maintaining the structure and function of the skin and mucous membranes. It comes in two forms. Retinol is found in animal derived foods and carotenoids found mainly in plants.

It is the beta carotene in apricots that makes them such a notable source of the carotenoid benefits which may include helping to protect the eyes from age-related damage. But this is a fruit that also contains catechins which have helped earn green tea its positive reputation.

Vitamin C cannot be stored in the body and we therefore need to eat it every day. It helps protect cells and is involved in the creation of collagen which maintains connective tissues which are vital for the maintenance of the skin, cartilage and bones, it's therefore crucial for the healing process.

Vitamin C is also an important antioxidant and also helps with the absorbing iron into the body. This is useful since the iron contained in apricots is of the variety (called non-heme) which needs help with absorption.

6. There are many notable minerals in apricots

The notable potassium levels in apricots help supply a mineral that is critical to our health. Potassium not only controls the balance of fluids in the body but also the proper functioning of the heart and brain (it may also help control blood pressure).

The recommended potassium intake target is 3,500 mg. Four or five dried apricots can supply around a fifth of this requirement. They will also supply the minerals iron, zinc, calcium and manganese.

7. Apricots were once regarded as an aphrodisiac

In the 16th century apricots were regarded as having aphrodisiac qualities as suggested by Shakespeare in A Midsummer Nights Dream. When Titania, the Queen of the Fairies, wants Bottom the weaver to fall for her she tells her helpers;

"Be kind and courteous to this gentleman. Hop in his walk and gambol in his eyes. Feed him with apricoks and dewberries, with purple grapes, green figs and mulberries."

There are still some who maintain the aphrodisiac link but this may be on the basis that apricots are so good for your health they are bound to be good for your sex life.

8. The many uses of apricot oil

Apricot oil is extracted from the kernel of the fruit and used widely in cosmetics and as a massage oil. Largely consisting of the unsaturated fats oleic and linoleic acid the oil is claimed to work as a moisturizer and in reducing inflammation.

It's also used as a carrier for essential oils in aromatherapy. If you're planning to use apricot oil in food on salads for example make sure you get a clearly marked edible version as cosmetic versions may contain additives.

Historically apricots have been grown in Britain in the walled gardens and glass houses of the gentry. But an expanding industry in Kent and the Isle of Wight now counts its harvest in hundreds of tons. One farm alone has 5,000 trees.

It's not a great year for apricots in Europe. The trees like a clear distinction between winter cold and a warm growing season. A mild winter, as in this year, means growth continues later and can then be struck by frosts. Italy, France and Spain are all reporting a reduced harvest. By contrast Turkey is expecting a bumper crop.

10. Who's producing the most amount of apricots?

Turkey is by far the worlds biggest producer harvesting over three quarters of a million tons each year. Second is Iran with just under half a million tons and third Uzbekistan. There are now almost 40 nations around the globe which annually produce more than 10,000 tons.

In California growers are complaining of competition from lower-priced production elsewhere in the world as the US has fallen to 18th place in the international growing league with a harvest figure of just 55,000 tons.

All of these interesting facts aside, the health benefits of eating apricots, as well as other nuts, seeds and fruit could not be more apparent and they do make a delicious snack or ingredient, check out the range of soft apricots or chopped apricots available at Grape Tree or discover our other fruit and dried fruit products.