Ten Things You Should Know About Cashews

Ten Things You Should Know About Cashews 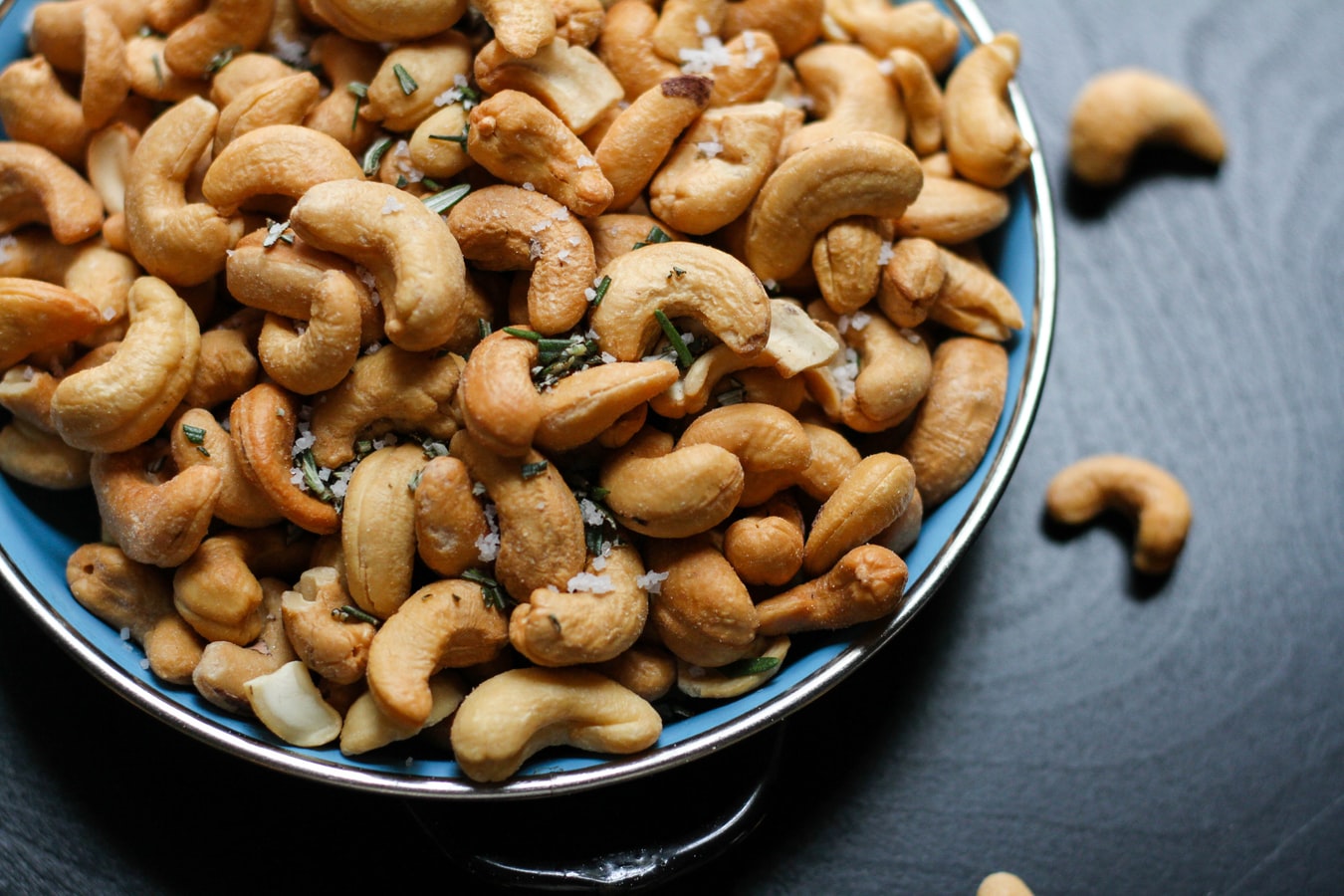 Photo by Jenn Kosar on Unsplash

Cashew nuts with their protein-rich, low-salt appeal are the ideal accompaniment to a busy daily life but deliver even more value when you are exercising or following a training plan.

A handful of cashews 30 minutes after a workout will help your body rebalance by using the nuts’ stored protein reserves to repair and improve your muscles, while the carbohydrate content will help maintain normal blood sugar levels.

But did you know that this glorious, tasty nut is in fact a seed * ?

Cashews are especially rich in unsaturated fats, are low in sugar, a good source of fibre and contain the same amount of protein as an equivalent amount of cooked meat.

The cashew, like all nuts and seeds, is a reliable antioxidant. These beneficial plant-based compounds attack damaging free radicals within the body and help fight disease.

Roasted cashews have been shown to offer even greater levels of oxidation-fighting benefits than their raw counterpart.

As well as providing slow-release energy, cashews contain vitamins and minerals such as manganese, iron, B vitamins and vitamin E which can increase energy and decrease tiredness as well as being important for bone health.

From a humble start in Brazil the cashew is now farmed all over the world wherever the climate allows with Vietnam the biggest producer on the planet.

Cashews offer considerable amounts of copper which is vital for healthy brain development and bolstering a strong and robust immune system.

It is now beginning to be accepted that cashews appear to provide the body with fewer calories than originally believed. According to the United States Department of Agriculture, recent research shows that the human body can only digest some of the calories from the cashew as the amount of fat they contain isn’t fully absorbed during digestion.

Being high in fibre and boasting a rich protein content can help reduce feelings of hunger and promote weight loss. Along with fewer calories this could mean that cashews have a potential for helping with weight control.

You will only ever see cashews shelled because their shell contains a toxic substance and so they are removed.

For our history nuts: The cashew was taken from its home in Brazil in the 16th century by Portuguese sailors and transported around the world to India. But before their arrival the native Tupi Indians used the ripened fruit of the cashew to mark the passage of time.

*The cashew is the seed of the drupe, which grows on the tropical evergreen cashew tree. Technically it’s difficult to classify them but botanically they are considered drupe seeds.