Ten things you should know about Walnuts

Ten things you should know about Walnuts 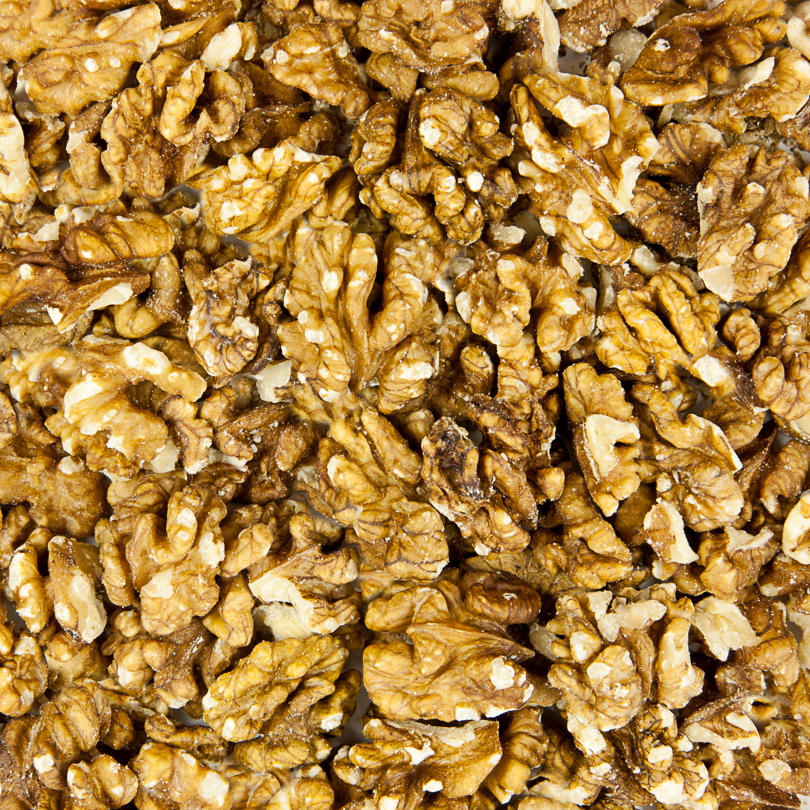 National newspapers have just revealed the latest in the never-ending story of how good walnuts are for our health. The Daily Express splashed Walnuts Prevent Heart Disease across its front page in reporting the findings of a researchers in Spain who studied the impact of walnut consumption on 700 healthy older adults. Half added 2 oz of walnuts that's 14 whole nuts to their daily diet. After a year levels of bad LDL cholesterol had fallen significantly thus reducing one of the key factors in heart disease.

The Spanish findings come just five months after an American research team looked at 61 walnut research papers published over two decades. On average the research showed the nuts lowered LDL cholesterol by between nine and 16 per cent as well as reducing ApoB, the primary protein found in LDL cholesterol. These are key factors in evaluating the risk of cardiovascular disease. Nut eaters also showed reduced inflammation, improved arterial function and an increase in good HDL cholesterol.

Scientists at Harvard University's School of Public Health have shown that walnut eating can have a dramatic effect on Type Two diabetes in women. Tracking the health of over 130,000 nurses for ten years they found that eating walnuts one to three times a month reduced the diabetes risk by four per cent. Eating them once a week reduced the risk by 13 per cent and eating walnuts twice a week slashed the risk by almost a quarter. This confirms earlier research into both sexes.

Walnut consumption has been linked to a reduced risk of breast and prostate cancer but much of the research in these areas has been based on animals. But it may even help improve the sperm health of young men. A research team from the University of California Los Angeles (UCLA) studied 117 young men half of whom added 2.6ozs of nuts to their daily diet. The others avoided tree nuts. After twelve weeks tests showed that the sperm of the nut eaters showed a significant improvement in terms of vitality, movement and abnormalities. Those who avoided nuts showed no improvement.

US research has also shown that regular walnut eaters improve their memory, their power of concentration and the speed at which their brains process information. But however amazing walnuts appear to be they share many of their life enhancing characteristics with all other nuts. A major US study which monitored the health of 120,000 men and women over 30 years showed that regular nut eaters  just an ounce a day cut their risk of dying from any cause by 20 per cent. They slashed their risk of heart disease by almost a third and the risk of death from cancer by 10 per cent.

The San Diego School of Medicine in California is the latest to show that eating walnuts does not involve weight gain. And can actually play a role in weight loss as part of a controlled diet. The research involved 245 overweight and obese females who were enrolled in three different weight loss programmes over a year. One group eat 43gms of walnuts (about a handful and a half) every day. Yet they lost as many pounds as the other two groups  eight per cent of their initial weight. The weight-loss phenomenon may be associated with the anti-inflammatory phytonutrients in walnuts and their fibre content.

Walnuts are the only nuts that provide a significant amount of alpha-linoleic acid (ALA) the plant-based form of Omega 3. The fatty acid is essential for our health cannot be produced by the body and so must be provided by the diet. The usually recommended food source is oily fish. But the NHS recommends walnuts as an alternative source explaining Omega 3 helps to prevent irregular heartbeats, reduces the risk of clotting, and protects the walls of blood vessels and increases levels of good cholesterol while decreasing levels of bad cholesterol.

A recommended daily serving of walnuts is one ounce. That gives you 2.5gms of ALA, 4gms of protein, 2gms of fibre and 10 per cent of your daily requirement of magnesium and phosphorous. Other minerals include calcium, chromium, iron, potassium, selenium, manganese and copper. They contain antioxidant and anti-inflammatory compounds, including phenolic acids, tannins, and flavonoids. It is recommended that however you eat your walnuts you always leave the skin on as that's where 90 per cent of these compounds are to be found.

The Walnut tree  which grows wild in 30 different cultivars  is a native of the mountain regions of Central Asia, growing from Western China through Nepal, Tibet, Pakistan, India, Afghanistan, Iran and Eastern Turkey. It was introduced across Europe by the Romans and was originally known in Old English as Walhhnuta  the foreign nut. This became the Persian Nut, Latin name Juglans Regia, but when it was taken to America by British colonists it became known there as the English Walnut. Two other varieties are widely grown, the black and the white or butternut).

China is the world's largest walnut producer with an annual harvest of over 1.5 million tons. The United States, Iran, Turkey, Mexico and Ukraine follow on behind. But the good news is that US growers are predicting that the 2016 crop will be their best ever. As we reported in the last edition of Grapevine the California walnut farmers  who are centred in the San Joaquin and Sacramento Valleys  are expecting a crop of 575,000 tons. They also say that the crop quality is outstanding. Which means that this extraordinary food with its ever expanding list of life-enhancing benefits may actually be set to get cheaper.