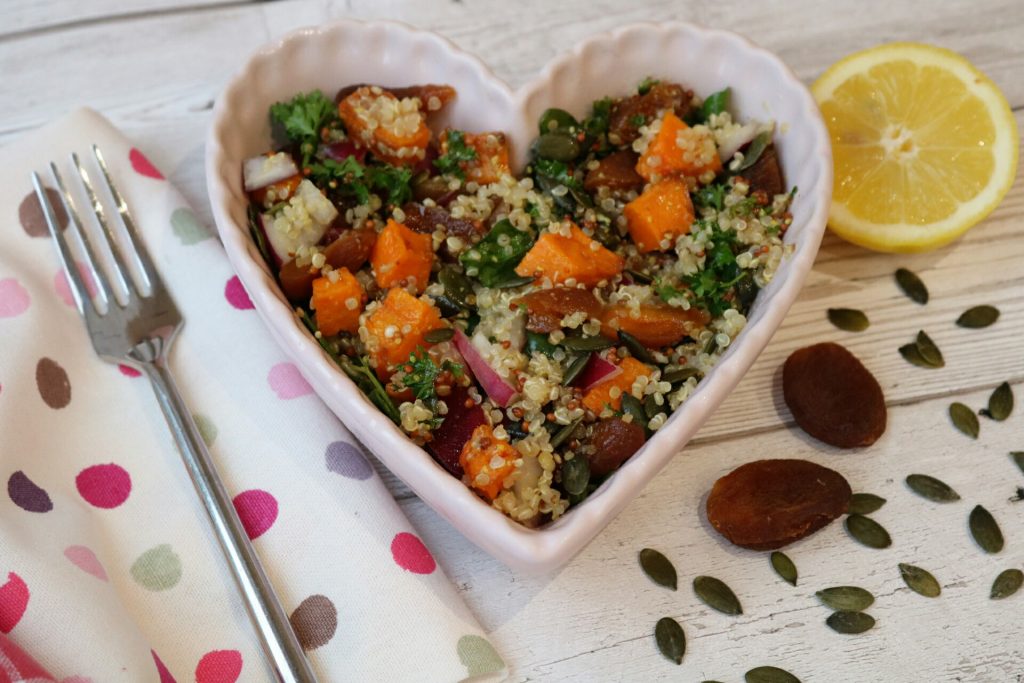 If you haven’t tried quinoa in salad yet, you should!

Although quinoa isn’t a grain, you can use it to replace grains in many recipes. But unlike most grains, quinoa is full of protein so makes a great vegetarian option. Besides making great salad, quinoa is also great as a side dish to accompany many meals. It also works equally well in soups. This salad is great for lunch or a simple weekday dinner. For an even heartier version, try adding some cooked chicken strips.

For the quinoa salad: