How Brazils boost the health of the Amazon…as well as ours!

How Brazils boost the health of the Amazon…as well as ours! 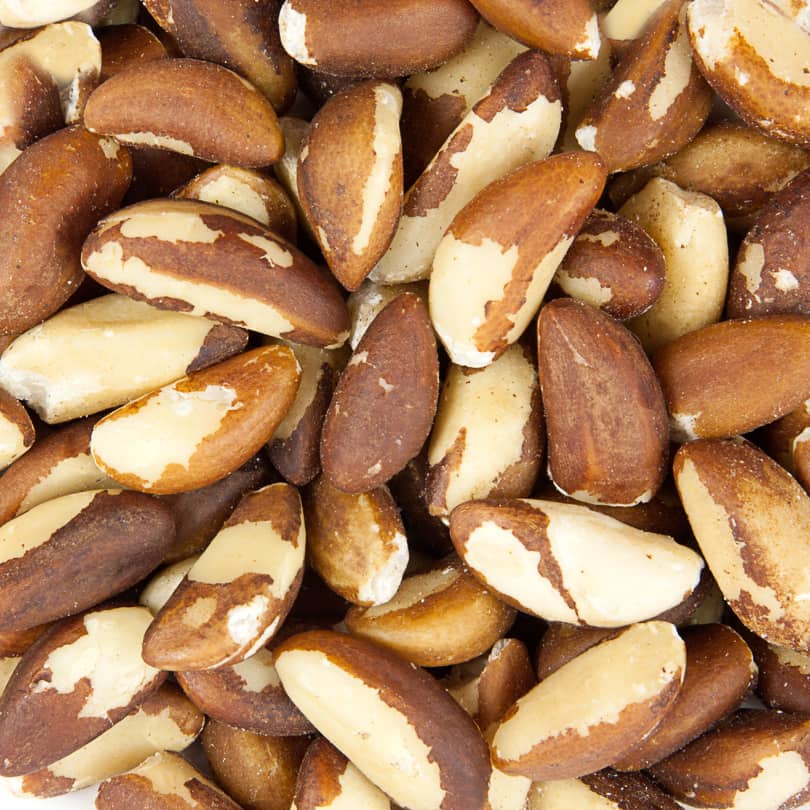 Eating a Brazil nut might seem like just a simple pleasure that happens to have some real health benefits......But could it also be an act that helps save one of the greatest natural environments on earth, the Amazon jungle.

Many experts, and that includes the World Wildlife Fund, believe that the survival of the international Brazil nut trade has important implications for the forest, it’s wildlife and the people who live in it.

In the jungle, the nut harvest is now in full swing. It means four months of desperately hard work that will not end until March.

The work is so demanding because the nut trees grow naturally in the wild – they do not flourish in plantations- and are found in groups of twenty or thirty scattered across miles of jungle.

The nuts grow in a thick woody outer shell similar a coconut which hangs high in the towering trees. Only when they fall can they be collected by teams who chop the ends off the pods, empty the nuts and then carry them back to a riverbank or collecting point where they are sold to traders who, after shelling, will sell them into the international market.

This harvest supports thousands of families in Bolivia, Peru and Brazil. Crucially if they can make a living from nuts then that decreases the pressure on jungle clearance to provide an alternative income from agriculture.

In these three countries, it is illegal to fell the trees (known botanically as Bertholletia excelsa). But it is also vital that they are surrounded by pristine jungle which is home to the giant bees that are needed to pollinate the crop and to a small rodent called the agouti which buries nuts for future use (like a squirrel with acorns) and forgets enough to provide future trees.

It is feared that without the Brazil nut business more vast areas of the jungle would simply be added to those disappearing at the rate of the size of a football pitch every second.

The vulnerability of the business is demonstrated by what happened in 2016-17 when the rains failed, the crop was reduced by half, international prices for the nuts rocketed and many businesses refused to buy. Only now is the trade properly stabilising again and reports from the jungle indicate that the 2019-2020 crop is looking healthy.