8 facts you may not know about the Sugar Almonds

8 facts you may not know about the Sugar Almonds

Ten Things You Should Know About 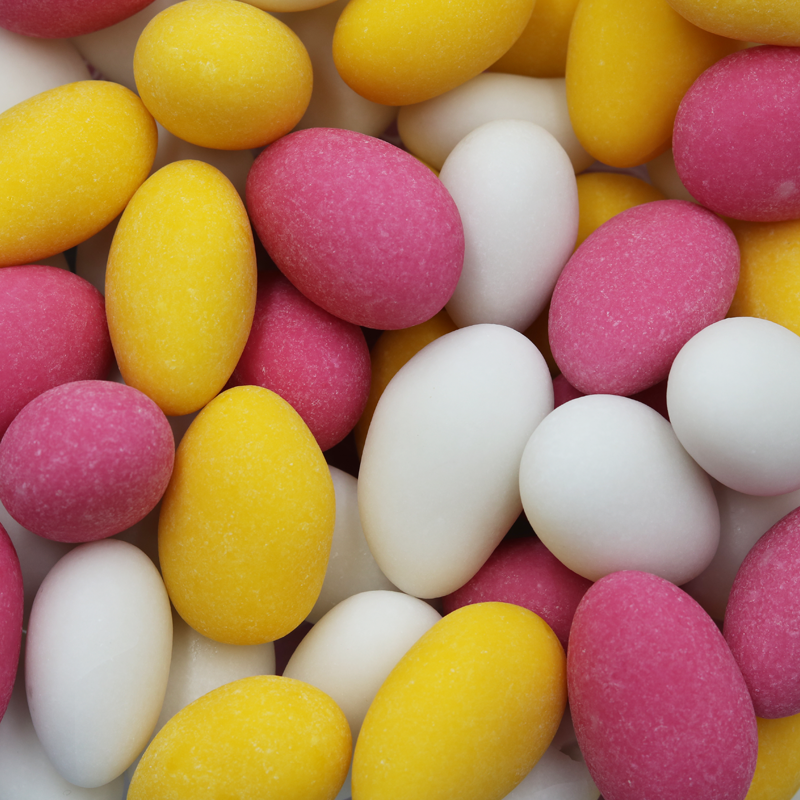 As you may have guessed from the name, sugar almonds are the traditional almond, levelled up with a coating of delicious sugar candy.

This sweet treat is a classic found all over the world and synonymous with celebration, festivities and special occasions.

As popular as they may be, however, there are some really interesting facts about sugared almonds that most people have never heard of, here are our top 8.

1. We have the Egyptians to thank for sweet almond treats.

As far back as the Pharaohs and pyramids the delicate flavour of almonds has been cultivated and celebrated.

Domesticated almond trees date to the Early Bronze Age (3000–2000 BC) with The Egyptians giving them to their guests as a symbol of wealth.

Almonds were even found in the tomb of Tutankhamun!

2. Why we give Sugared Almonds as wedding favours.

This tradition started in Europe with people giving small boxes filled with pieces of confectionery to guests at weddings, known as “Bomboniere”.

As the cost of sugar cane reduced during the 16th century, sugared almonds became the wedding favour of choice and the gift of five white sweets became known by the generic name “confetti”.

Bonus fact: The word “confetti” has nothing to do with that other wedding tradition of throwing bits of coloured paper, that translates to "coriandoli" in Italian.

3. Sugared almonds are popular all around the world

Sugared almonds have exported themselves across all corners of the globe, with the exploring of the “New World”, they became incredibly popular and known as “Jordan Almonds”.

In Greece it is believed that if an unmarried woman places sugar-coated almonds under her pillow as she goes to sleep, she will dream about her future husband.

4. What the 5 sugared almonds in a wedding favour represent

The five sugared almonds often given as favours at weddings are said to represent:

5. What do the colours of sugar almonds symbolise?

It's not just the number of sugared almonds at celebrations that matter, as the colours also represent meaning.

Our almonds are lilac, yellow and white and made by covering beautiful, creamy tasting almonds in a delicate but delicious sugar shell.

6. Are sugared almonds good for you?

Like all things in life, moderation is key. But, the good news is almonds are low in saturated fat, and very low in cholesterol and sodium.

They’re also a good source of Vitamin E and manganese, however, those with a sweet tooth beware! A large portion of the calories in this candy treat come from the sugar content.

From as early as the 700s up until the late 19th century sugared almonds were given to stage actors before entering on stage.

Much like the tradition of wishing an actor luck or “breaking a leg”, thespians were known to grant each other gifts of sugared almonds as a way of hoping they would deliver a good performance.

8. There’s even a poem about our favourite wedding favours

Five sugared almonds for each guest to eat

To remind us that life is both bitter and sweet.

Five wishes for the new husband and wife

Visit our health food store to find sugared almonds and other sweets.