The store will not work correctly in the case when cookies are disabled.
National Vegetarian Week 20% Off £20 Spend CODE: VEGGIE20 T&C's Apply. 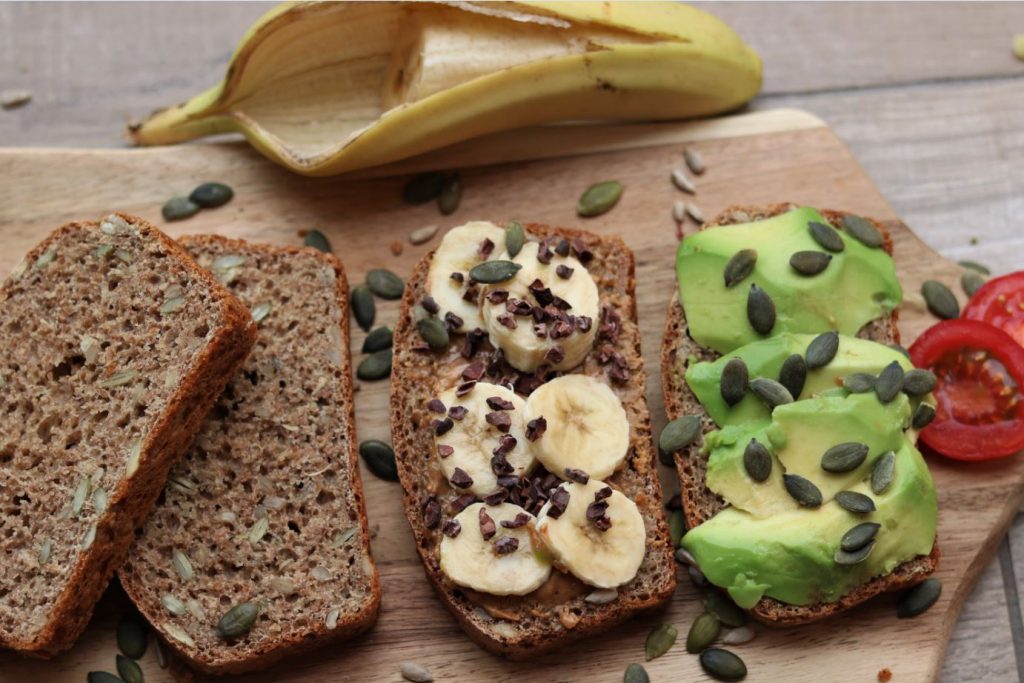 Pumpkin seeds offer some of the best nutritional value around with an abundance of minerals, nutrients and other goodness packed into each bite-size seed.

With the huge number of health benefits associated with eating pumpkin seeds, there are a few facts, ideas and pieces of information that a lot of people don’t know about the much-loved seed.

Here are a few of our favorites.

1. Pumpkins are scientifically known as ‘Cucurbita’

Pumpkins are part of the gourd family known to science as Cucurbita which is native North and South America. Archaeologists have found evidence in Mexico that the plants were being grown and improved there as long as 10,000 years ago, much earlier than maize and beans.

Their use spread throughout the Americas and Spanish explorers brought them back to Europe. They are now grown on every continent except Antarctica. The world’s biggest producers are China and India which together harvester over 10 million tons a year.

2. Pumpkin seeds have a ton of health benefits

From copper and magnesium to calcium and potassium, pumpkin seeds offer a range of different nutritional values, especially considering how much of this you get from such a small amount of the seed. That's why pumpkin seeds are siad to reduce things like cholcesterol and lower the chance of heart disease.

The NHS recommend eating pumpkin seeds for their high concentration of these minerals and nutrients as well as mentioning that these types of health foods best replace those with high amounts of saturated fats.

3. There are five major varieties of pumpkin seeds

There are five major varieties now grown commercially around the world.

The raw seed we sell in Grape Tree is from a variety known as GWS, Grown Without Shell, which having no outer hull does not require the mechanical shelling process associated with other varieties.

GWS is grown specifically for its seed which are regarded as plumper and tastier than other varieties. The rest of the pumpkin is discarded. But then the pumpkin seed is an astonishing nutritional package that contains remarkable levels of minerals, vitamins, antioxidants, fibre and high quality protein.

4. Pumpkin seeds can lower the risk of heart disease

It also stresses the importance of seeds as a source of insoluble fibre which has a key role in the digestion of food and the absorption of nutrients and helps prevent digestive problems. The NHS website even has a recipe for a ‘grab and go’ breakfast bar with pumpkin seeds.

Leading foodie figures are all popping pumpkin seeds into their recipes. Raymond Blanc uses them as part of his garnish for slow cooked summer vegetables. Nigella Lawson has created a salmon, avocado and pumpkin seed salad but the true devotee is eating Guru Ella Woodward.

Deliciously Ella says ‘Pumpkin seeds are such an important part of my diet. I eat them every day with almost everything! I love them sprinkled on my smoothies, mixed in my granola, added to quinoa, rice and pasta bowls and pureed into pesto. They add an awesome dose of goodness to whatever you’re eating”.

6. ‘One of the great food crimes’ - pumpkin waste at Halloween

Across the Atlantic pumpkin seeds are also known as pepitas which is a Mexican Spanish word meaning little seeds of squash. They are widely used in Mexican cooking and are a popular roasted snack there.

You can roast your own seeds and indeed Jamie Oliver says that the fact that so many fresh seeds are discarded every autumn when pumpkins are hollowed out for the Halloween celebrations is ‘one of the great foodie crimes’. Roasting for more than 20 minutes can critically change the important fats in the seeds and affect the Vitamin E content.

That is over a ton and more than 170lbs heavier than the US record holder despite the fact that the obsession with monster pumpkins in the States inspires a string of autumn festivals that attract as many as 250,000 visitors. But America does claim the Pumpkin Capital of the World – Morton, Illinois where 85 percent of the world’s canned pumpkin is produced. It also invented pumpkin chunkin in which competitors build machines to throw a pumpkin as far as possible.

8. The biggest pumpkin producers grow over 10 million tons a year

Pumpkins are part of the gourd family which is native to the Americas. Plants were brought to Europe by Spanish explorers and have gradually spread around the globe. Today the biggest pumpkin producers, China and India, between them grow over 10 million tons a year. There are five major varieties now grown around the globe.

The raw seed in Grape Tree stores is a variety known as GWS, Grown Without Shell. It is farmed specifically for its plump and tasty seeds which do not require the mechanical shelling process that other varieties undergo.

For millions around the world (particularly in the US and Mexico) pumpkin seeds are a snack eaten just as they are, but there is also a vast array of variations on giving them a quick roast.

The bottom line (at least on this side of the Atlantic) comes down to popping them in a roasting tray, smearing them with oil and cooking at around 180°C for between 12 and 15 minutes. Extra flavours to be simply mixed in include fennel seed, garlic powder, paprika, salt, black pepper, curry powder, cinnamon, ground chives, cumin and even Worcestershire Sauce.

Plant-based food guru Deliciously Ella is a major pumpkin seed fan adding them to quinoa, rice and pasta dishes, mixing them into granola and puréeing them into pesto. “They add an awesome dose of goodness to whatever you’re eating,” she says. In other kitchens they are baked in cookies and bread, added to energy bars and used as an addition to everything from vegetables and soups to porridge.

Pumpkin seeds: As interesting as they are healthy?

These have been a few interesting and uncommon facts around pumpkin seeds that grabbed our team’s attention, but the benefits these seeds can have on eating a balanced diet and leading a healthy lifestyle are among the greats. Check out our range or read up on the health benefits of eating pumpkin seeds.